We would like to offer our sincere support to anyone coping with grief. Enter your email below for our complimentary daily grief messages. Messages run for up to one year and you can stop at any time. Your email will not be used for any other purpose.

Share a memory
Obituary & Services
Tribute Wall
Read more about the life story of Angela and share your memory.

Angela Clark Robinson, age 61, of Springfield, KY, passed away at 10:18 PM on December 29, 2022, at Norton Pavilion in Louisville KY, after a courageous, three-year battle with ovarian cancer.

Born August 18, 1961 in Louisville, she was preceded in death by her parents, Camillus and Alice Clark, a nephew, Andrew Clark, and a brother, John Clark.

She was a committed volunteer and loved helping out wherever and whenever she was needed. No task was too great or too small where a need was being met. She was a former member of the Washington County Library Board, the St. Dominic School Board, and the St. Dominic parish council. In addition to being a former board member of the Central Kentucky Theatre, she also served as their treasurer. She was a volunteer for the St. Vincent DePaul Mission Store, the Washington County Elementary School PTO, and a parent volunteer for the Bethlehem High School Drama Department. As an attorney, she was employed by the Kentucky Finance and Administrative Cabinet in Frankfort, from which she retired in 2008.

Her support of those she loved was unwavering, she was never judgmental, her love was unselfish, and her presence was totally and completely fixed on those around her. She instilled in her children the strength and confidence to pursue their dreams. Through her battle with cancer, she taught those around her the value of time and love. One is finite, the other is infinite. She taught us to give all the love we can in the amount of time we have.

Funeral services for Angela Clark Robinson will be conducted at 10:00 am Thursday, January 5, 2023, at St. Dominic Catholic Church with Rev. David Farrell officiating. Burial will be in Springfield Cemetery Hill.

To send flowers to the family or plant a tree in memory of Angela (Clark) Robinson, please visit our floral store. 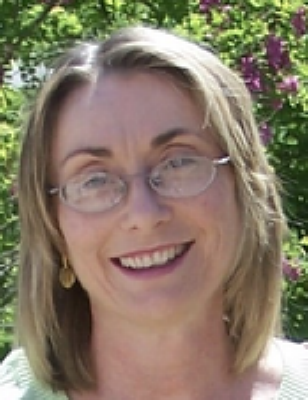 In Loving Memory Of

Look inside to read what others
have shared
Family and friends are coming together online to create a special keepsake. Every memory left on the online obituary will be automatically included in the book.

In Loving Memory Of

Look inside to read what others have shared


Family and friends are coming together online to create a special keepsake. Every memory left on the online obituary will be automatically included in the book.

These contributions may be made at Hale-Polin-Robinson Funeral Home or by clicking the link above...Thank you.

These contributions may be made at Hale-Polin-Robinson Funeral Home or by click the link above...Thank you.